Greek Orthodox Church of the Annunciation 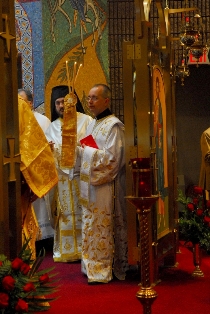 The Doxology is being chanted and preparations are being made for the Clergy to exit the Holy Sanctuary and process to the Bishop's thrown, followed by His Eminence, Metropolitan Nicholas. 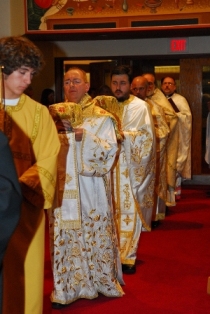 The Great Entrance during the Divine Liturgy of June 21st, 2008. 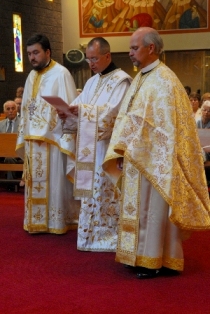 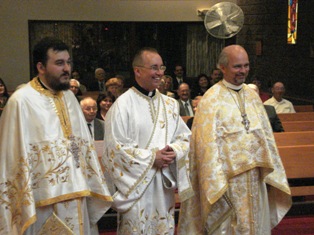 His Eminence, Metropolitan Nicholas, delivers an inspirational retort to Fr. Michael's address delivered with some humor. 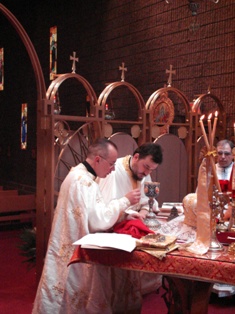 The Holy Eucharist is being prepared. 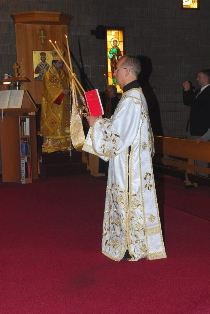 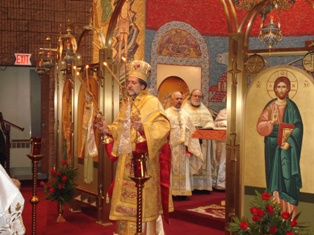 His Eminence prays and asks the the Lord to look down from Heaven and that which He has planted and to visit His Vineyard. 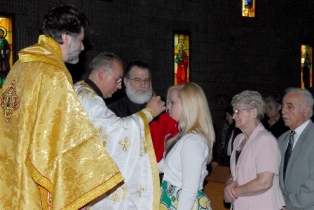 Under the guidance of His Eminence, Metropolitan Nicholas, Fr. Michael is giving Holy Communion to his daughter, Ashley Maria. 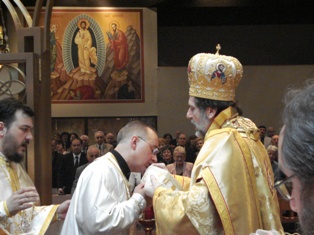 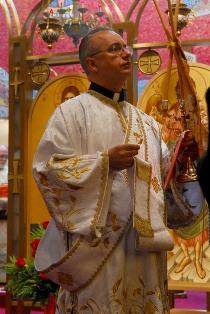 Fr. Michael looks toward the Bishop's throne, for His Eminence's directions. 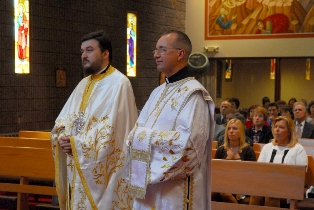 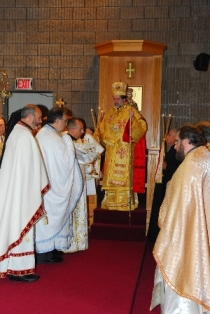 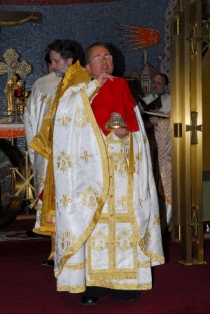 "With the fear of God, with faith and love, draw near!" 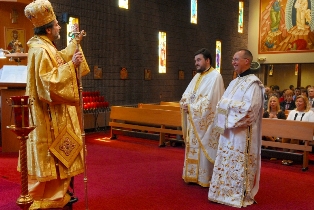 With a bit of humor, His Eminence imparts his wisdom and inspirational pastoral advice to Fr. Michael. 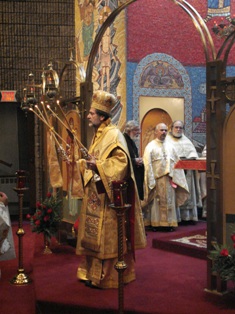 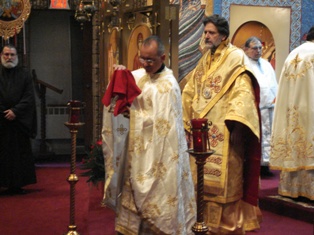 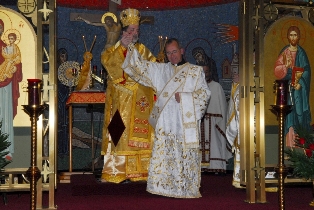 His Eminence, Metropolitan Nicholas, presents the newly ordained priest to the people of God, asking them for their confirmation that he is worthy of the priesthood. 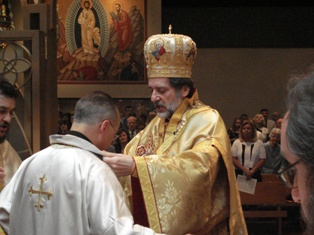 His Eminence places the sacred epitrachelion (stole denoting the Priesthood of Aaron) onto Fr. Michael. Calliopus and Akylina the Martyrs; Tikhon, Patriarch of Moscow and Enlightener of North America; Righteous Father Savvas the New of Kalymnos; George, Bishop of Lesvos; Gerasimos the God-Bearer of Byzantium

Visit the Online Chapel for more daily readings, hymns, a monthly calendar of saints and feasts, and more.